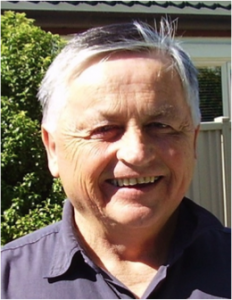 My name is Nick Drury, and I hold two Masters degrees in Psychology and a Diploma of Clinical Psychology in New Zealand. I have been practicing as a therapist for more than 35 years.

Kno News was first developed as a web site and printed newsletter in the 1990s; taken down in the 2000s, and then revised and reactivated in 2016. It contains academic papers, blogs, and resources for therapists and others interested in mental health.

The name ‘Kno News’ stems from the apophatic philosophy underlying the papers and blogs on this site. Sometimes referred to as negative theology or the negative way, it attempts to show you reality by removing all the pictures and ideas you might have about reality, in the same way a sculpture is revealed by removing stone. Like a joke, it is something you “get”, and further explanation spoils the ‘joke’. When you get it, you discover you knew it all along; so it is “(k)no news”. 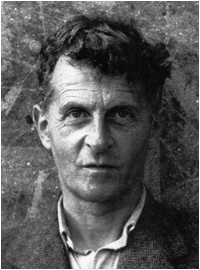 Drawing on the writings of such luminaries as Wittgenstein, Foucault, Levinas, Bateson, and Zen, amongst others, the site will hopefully “dissolve” much of our conceptual knowledge so that we might enjoy a more direct perceptual and performance knowledge with reality. As Wittgenstein said, we are aiming at clarity, not clarity about something, but as an end in itself; which means that all the philosophical problems should completely disappear. These are steps to an ecology of mind, for we are currently living in a world where our ideas about reality are often more real than reality. Money, for example, is more real than wealth; and we are willing to destroy non-renewable wealth to get more money.

Foucault highlighted for us how the ‘self’ is socially fabricated, by a form of narcissistic self-interest cultivated by a governance apparatus we have all become caught up in. When the egoic Cartesian self is dissolved, ‘I’ returns to its position as a pronoun in our language games, and we begin to rediscover our intimacy with each other and the world. This sense of ‘communion’ is well-known to most indigenous people, and here in Aotearoa it is called ‘whanaungatanga’ (‘Ubuntu’ in Zulu; ‘shimcheong’ in Korean).

Foucault indicted the ‘psy’ disciplines, which arose as part of this governance apparatus, for the role they occupy in maintaining its current form of excessive individualism. But he also noted these disciplines are well positioned to bring about change in our governance. Unfortunately risk management, with its insistence that there is a ‘correct procedure’ to follow in all situations, has arisen rapidly in the past 20 years, adding further protection to the governance apparatus in its current form. This results in process compliance trumping outcome: I call this the attack of the clones….