Anyone studying counselling or psychotherapy might find it useful to study a little Zen along the way; but in doing so one needs to be mindful that too much Zen can leave you with the reputation of having ‘the stink of zen’. This is because it is a bit like a joke, once you’ve got it, you can hang up the phone. This of course applies to any school of psychotherapy you study; but zen is particularly good at drawing your attention to it.

One of the roots for zen is the Chinese school of Buddhism called Ch’an, which, depending on how the story is told, came to end with the sixth patriarch Huineng (late 7th, early 8th century). Supposedly, he claimed that what we have taught is now widely known, so we can hang up the phone. From this telling of the story, it might be considered as the only religion that has deliberately gone out of business. The late Tang and early Song dynasties are sometimes revered as something of a golden age as these teachings found expression in numerous arts emphasizing spontaneity. This emphasis upon spontaneity becomes clear once you’ve “got it”.

Probably the simplest and easiest way to get a little zen, is to read or listen/watch many of the essays and video and radio broadcasts on the net made by the 20th century popularizer of zen for the West, Alan Watts. This one-time English Anglican minister, later American Episcopal priest, who was kicked out of the church for engaging in a ménage à quatre, and probably drank too much, wrote his first book on zen at the age of 21. He went on to write many more, resulting in many ‘getting it’.

At the heart of these teachings is the idea that the idea of having a ‘mind’ or ‘self’ like a little man inside your head is an illusion generated by culture. Watts’ ‘The Book on the Taboo Against Knowing Who You Are’ (1966) is perhaps the simplest book around explaining how this came about, and on how to let go of this sense of being an alienated separated self, so you can be more spontaneously responsive to the world. Other books on zen, 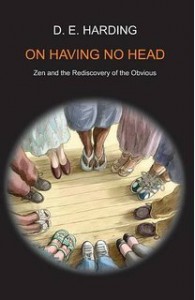 especially the various books entitled ‘Zen and the Art of …’ which followed from Herrigel’s ‘Zen and the Art of Archery’ (1948), also provide guidance in this cultivated spontaneity that comes with mastery of a discipline (although many of these books are very foolish). I found Douglas Harding’s On Having No Head (1961) useful, as it shows that by the simple practice of living life as if you had no head you become increasingly selfless and spontaneous. “I” returns to its grammatically correct position as a pronoun, after being mistakenly reified as a noun.

The recent science and philosophical studies of expertise has shown that when the ‘expert’ is engaged in an activity, there is no sense of a ‘self’ separate from the activity. As the Dreyfus brothers stated in their work on expert pilots: “…rather than being aware they are flying an airplane, they have the experience that they are flying” (1980, p.12). This sense of the airplane being part of him, or the car part of us when we are driving, Heidegger called ‘dasien’, our usual way of being in the world. This kind of thinking is central to ‘E-cognition’ – the new paradigm in cognitive science where “mind’ is embodied, enactive, extended, and embedded. As Nagarjuna (2nd Century Buddhist philosopher) said ‘Samsara (everyday mind) is Nirvana (enlightened mind).

People who have consulted with me have often identified one of these two little parables, which I have gleaned from my zen studies, as useful for them.  The first I think I originally heard or read from Alan Watts, and the second is from Chuang tsu, the Taoist philosopher and humourist of the 3rd century BC.

The Middle Way
(Buddhism is sometimes called “the middle way”)

If I was to meet a beautiful woman and tell her that I loved her, and she was to ask if I was serious or just playing with her, I would be apt to reply that I am not serious and indeed do want to play with her.  The difficulty here lies in the paucity of language, or the way in which words can lead us into difficulties.  When she asks if I am serious and I say I am not, it is because seriousness is, to coin a phrase, “too heavy”.  We talk about things being ‘deadly serious’, and the word is frequently used to convey a sense of something having life or death consequences if not adhered to.  Do we really want relationships that are deadly serious?  I think the preferable word is ‘sincere’, and when I review my relationships I prefer those that are ‘sincere’ over those which are too serious.

When she asks if I am just playing with her, and I reply that I do want to play with her; I think what she means is am I toying with her.  And there is a world of difference between ‘toying’ with someone, and ‘playing’ with someone.  To ‘toy’ with her would be to treat her as an object, and in many ways create the relationship as quite frivolous.  But if we are to have a good relationship then hopefully it will be characterised by lots of play.

So we might say that the middle way is one of ‘sincere play’.  But there are times when my relationship with something in life has become too serious, and it is now brittle and at high risk of becoming fractured.  It needs tempering, like all brittle things with a little more play.  And there are times when I am a little careless and can benefit by being a little more sincere.

Can you find a path of sincere play?

Prince Wen Hui, after watching the rhythm of his cook cutting up an ox, asked him of his skill.

“Sire,” replied the cook, “when people first learn to cut they hack at the meat, and their blade needs sharpening once a month.  After many years, their blades only need sharpening once a year, because they have learned to cut.  But I have had this blade for 19 years and it’s edge is as if fresh from the whetstone.  This is because I allow it to find it’s way through the gaps in the meat, and when it comes to a piece of bone or gristle, I allow it to slow down and find it’s way through the spaces there too.  Because of this I have not had to sharpen my blade for 19 years.”

“Great,” said Prince Wen, “from my cook I learn the way of life”

Can you stay sharp without being cutting?