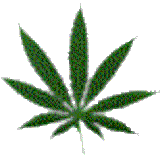 If we are to seriously entertain an alternative to our current draconian treatment of “the drug problem” then one alternative to the simplistic suggestion of de-criminalization is to consider licensing. Just as we have licensing laws for driving on our roads, why not issue drug licenses to those who wish to explore the ‘mountains of the mind’. There are all sorts of risks that young people (it is mainly the young who use and experiment with drugs) take, and what they need is not prohibitions and policemen but the most intelligent encouragement and advice on how this can be managed safely that can be found. If we were to set up a licensing system, with appropriate exams based on a code of knowledge about the drug the class of license is for, then we would be well on the way to ensuring that our young people are approaching such ventures better informed.

Along with licenses for the consumers of drugs, we could also license houses of consumption, in much the same way as we currently license restaurants to sell alcohol. This would allow some zoning restrictions if communities felt they didn’t want such houses in their area. Just as it is far more difficult, or far more knowledge and skill is required to get a bus passengers license, so too far more skill and knowledge would be needed to obtain a license to either use or run a house for those drugs we consider to be more risky. Obviously licenses could be policed in much the same way as we police drivers licenses. Just as visually impaired people cannot get a drivers license, so too would some people be not fit to hold a drug license.

Such an approach might also help lessen the problems that some countries have experienced with simple de-criminalization. That is the influx of tourists who come primarily to use drugs because it is de-criminalized, such as has occurred in Amsterdam. Of course we could also recognise other countries drug licenses if they have also chosen this approach, or even international drug licenses.

Another advantage to this approach is that it would allow us to tackle the very difficult problem of supply and drug potency, for which the proponents of decriminalisation do not have a simple answer. Financially it would of course pay for itself, and has the added bonus of being a tax source. Finally it should be noted that such an approach may well have a drastic impact in reducing some of our appalling crime figures which have been shown to be indirectly or directly related to the current shadow economy surrounding drug use.

Is this not a middle path in the argument between the current conservative and liberal positions in this debate?
Yes?